From the nation’s leading law firm representing victims of Hepatitis and other foodborne illness outbreaks.

Complications of Hepatitis A Infection

Fulminant hepatitis A, or acute liver failure, can be a complication of hepatitis A infection.

Fulminant hepatitis A is a rare but devastating complication of HAV infection. As many as 50 percent of individuals with acute liver failure may die or require emergency liver transplantation. Fatality rates for hepatitis A are estimated to be 0.3-0.6% of cases across all age groups. Elderly patients and patients with chronic liver disease are at higher risk for fulminant hepatitis A. In parallel with a declining incidence of acute HAV infection in the general population, the incidence of fulminant HAV appears to be decreasing. 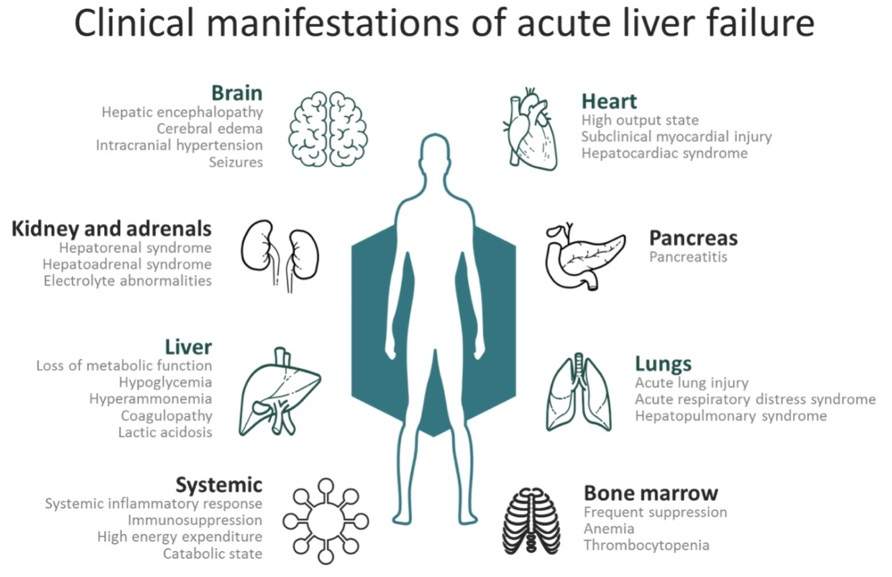 Hepatitis A infects the liver’s parenchymal cells (internal liver cells). Once a cell has been penetrated by the viral particles, the hepatitis A virus releases its own toxins that cause, in essence, a hostile takeover of the host’s cellular system. The cell then produces new viral components that are released into the bile capillaries or tubes that run between the liver’s parenchymal cells. This process results in the death of liver cells, called hepatic necrosis. The fulminant form of hepatitis occurs when this necrotic process kills so many liver cells—upwards of three-quarters of the liver’s total cell count—that the liver can no longer perform its job. Aside from the loss of liver function, fulminant hepatic failure can lead to encephalopathy and cerebral edema. Encephalopathy is a brain disorder that causes central nervous system depression and abnormal neuromuscular function. Cerebral edema is a swelling of the brain that can result in dangerous intracranial pressure. Intracranial hypertensions, leading to brain stem death and sepsis with multiple organ failures, are the leading causes of death in individuals with fulminant hepatic failure.

Symptoms of Hepatitis A Infection

Diagnosis of Hepatitis A Infection

The Birches Resort has a Hepatitis A problem

Saco House of Pizza in Saco linked to...